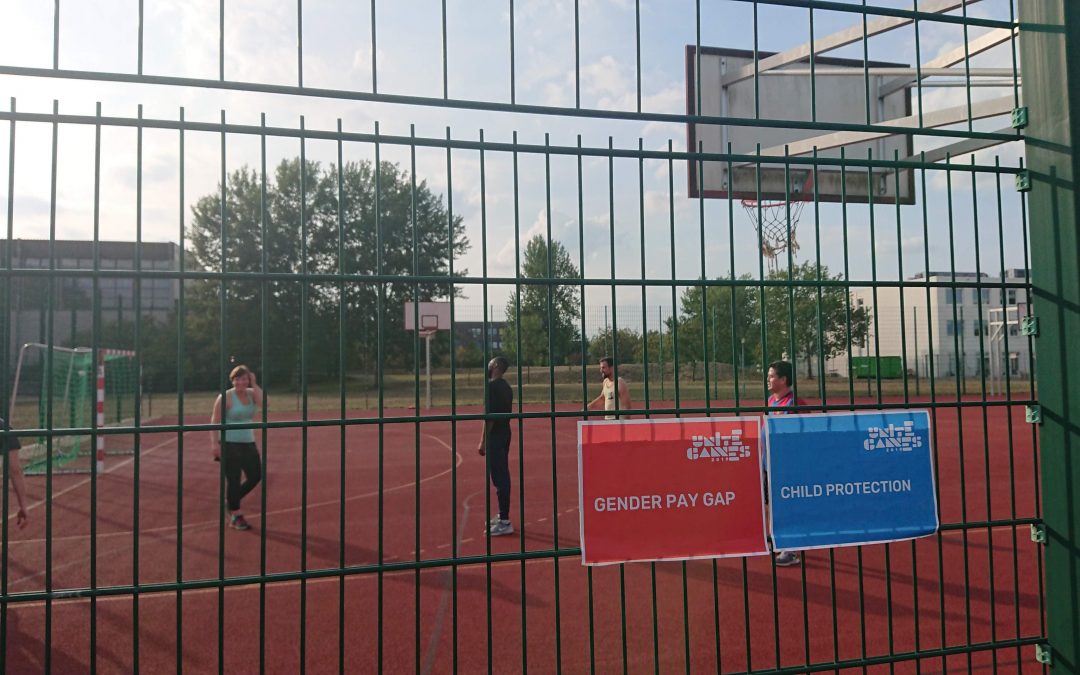 Last weekend, we hosted the first Unite Games event where participants play for social causes instead of clubs or nationalities.

In Bremen, Germany, the participants of this first edition of the Unite Games played football and basketball in teams such as Climate Action, Gender Pay Gap, or Child Protection. In total, there were 8 causes which participants could play for.

Sweat for a greater good

The motto of the Unite Games is to use sports as a platform for spreading mutual understanding. Sports should not be about counting which country has more medals or which nation won the world cup. Sports is about overcoming challenges, resilience and teamwork. And we believe sports is also about fighting for something bigger than ourselves. That’s why we believe it is the perfect platform to advocate for social causes.

It doesn’t matter who wins or not, each team in the Unite Games is playing for one cause. We had a Gender Pay Gap vs. Child Protection basketball final. Participants were running and sweating for their causes and it wasn’t really about winning, it was about raising awareness for these important issues which we care about.